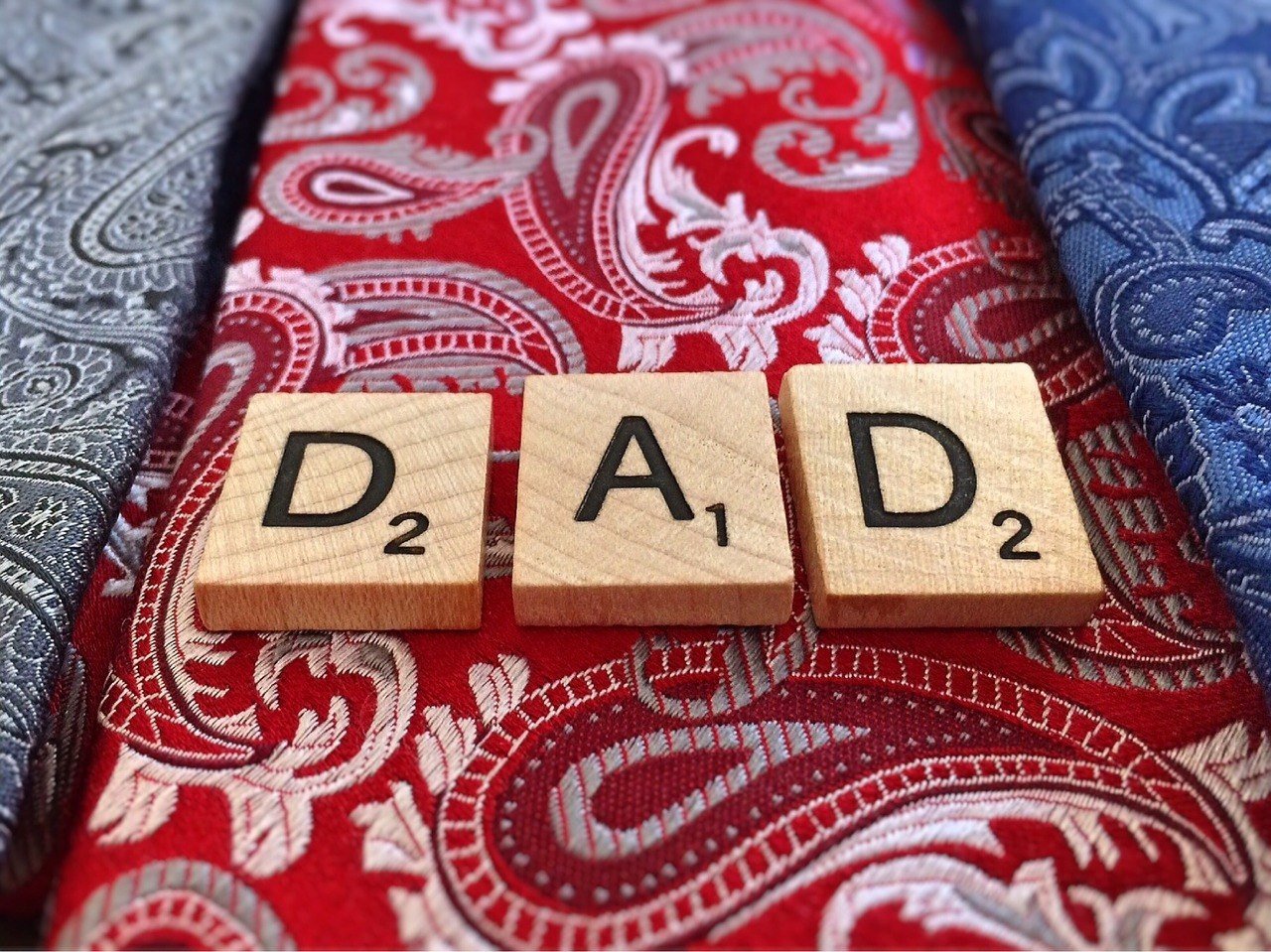 Posted at 15:04h in Omnichannel Marketing, Shopper Marketing by Anna Battrick
1 Like

This week we are changing our usual format in honor of father`s day. We will examine eCommerce email campaigns from some of the brands that we reviewed in the past and will select the best emails for Father`s Day. We will evaluate what we like about them and why.

According to Wikipedia (4), Father’s Day is a celebration honoring fathers and celebrating fatherhood, paternal bonds, and the influence of fathers in society. Many countries celebrate it on the third Sunday of June, though it is also celebrated widely on other days by many other countries.

Father’s Day was inaugurated in the United States in the early 20th century to complement Mother’s Day in celebrating fathers and male parenting.

Grace Golden Clayton may have been inspired by Anna Jarvis’ work to establish Mother’s Day; two months prior, Jarvis had held a celebration for her dead mother in Grafton, West Virginia, a town about 15 miles (24 km) away from Fairmont.

After the success obtained by Anna Jarvis with the promotion of Mother’s Day in Grafton, West Virginia, the first observance of a “Father’s Day” was held on July 5, 1908, in Fairmont, West Virginia Grace Golden Clayton was mourning the loss of her father when, on December 1907, the Monongah Mining Disaster in nearby Monongah killed 361 men, 250 of them fathers, leaving around a thousand fatherless children. Clayton suggested her pastor Robert Thomas Webb to honor all those fathers.

A bill to accord national recognition of the holiday was introduced in Congress in 1913.

Americans resisted the holiday for its first few decades, viewing it as nothing more than an attempt by merchants to replicate the commercial success of Mother’s Day. It took few decades before it becomes a widely celebrated national holiday in the US. By the mid-1980s, the Father’s Council wrote that “(…) [Father’s Day] has become a Second Christmas for all the men’s gift-oriented industries.(4)

THIS WEEK WE ARE REVIEWING ECOMMERCE EMAILS FROM THE FOLLOWING RETAIL BRANDS: LOWES, CANADIAN TIRE AND MASTERMIND. 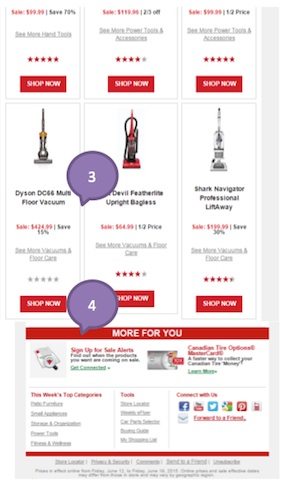 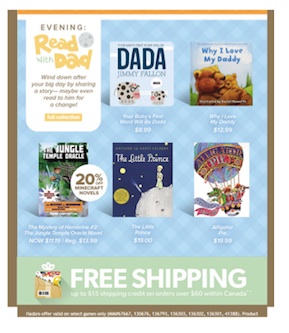 Omni -Channel implementation example at its best. The email arrived on Saturday a day before father`s day. I could still avoid the crowds, get the best selection and pick up the gift on my way to see my Dad on father`s Day. 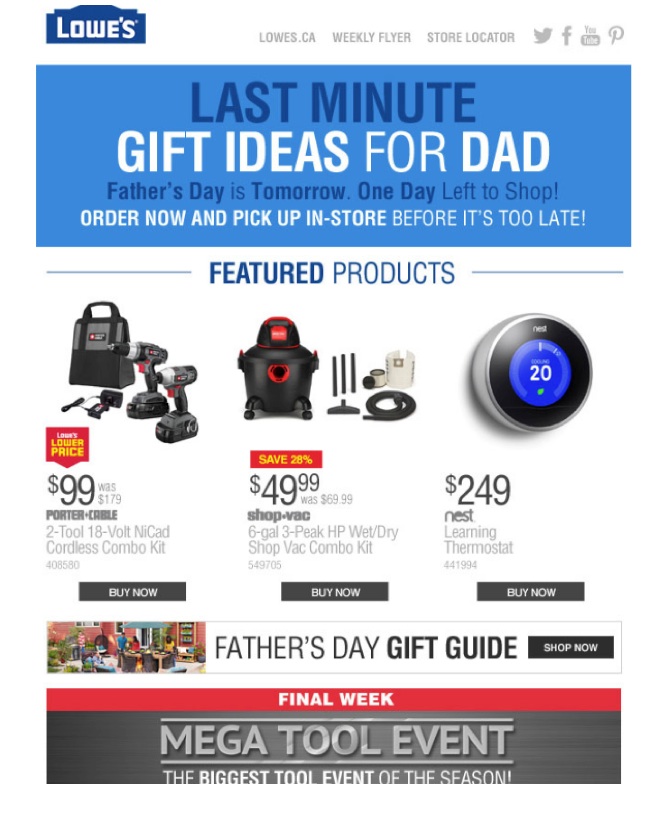 How to make the best Father`s day campaign in 2016!

To start a dialog about your next eCommerce initiative
CONTACT ERADIUM >